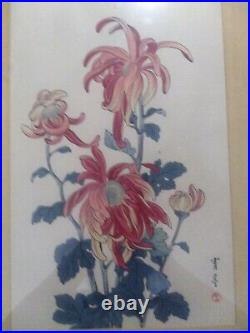 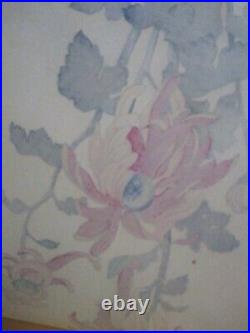 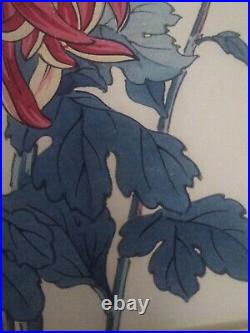 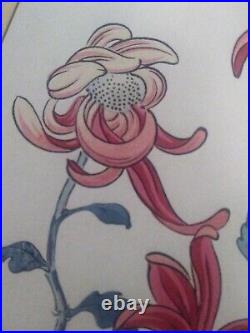 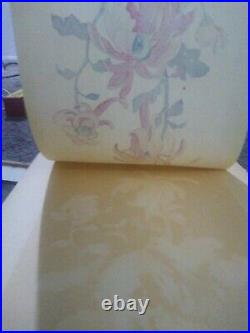 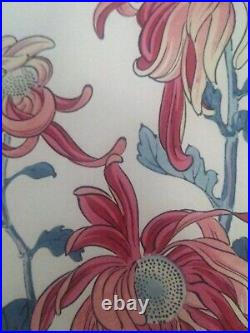 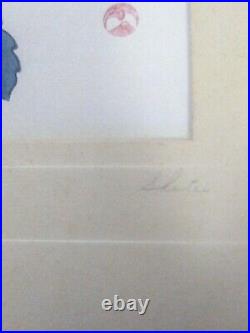 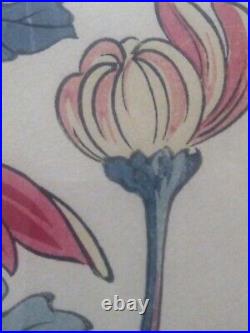 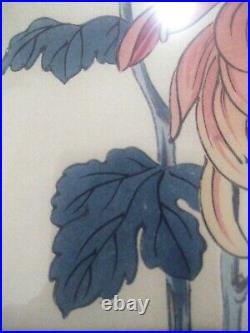 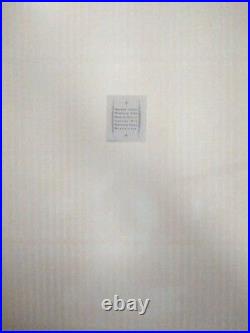 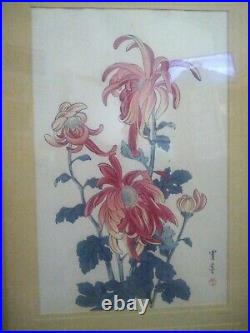 Dimensions of print : 10"x15". Wood framed (nails are used to secure thick cardboard) with a thin cardboard backing (picture included) that reads. Imported Oriental Woodblock Prints Made by Hand on Genuine Rice Paper from Cherry Woodblocks. It is In excellent condition.

Seitei Watanabe, also known as Shotei, was born in Edo in 1851 and adopted into the Watanabe family. In 1875 one of his flower designs for the Industry and Commerce Company of Matsuo Gisuke won a flower-crest award.

When his work won a bronze medal at a Paris industrial exhibition, he travelled to Paris and he studied and worked there for three years. Seitei was the first Nihonga painter who studied in Europe. He became famous for his paintings of birds and flowers (kacho-e), in which he combined close observation of nature with Japanese and Western technique. He also made textile designs, cloisonné, woodblocks and printed books.

He wrote several books on painting, including Kacho Gafu (Birds and Flowers), published in 1890. Watanabe Seitei was widely appreciated for the way in which he gave new vigor to the traditional subjects of flowers and birds, both in Japan and abroad, and was one of the first Japanese artists whose works were exhibited abroad and collected by Western art lovers. This item is in the category "Antiques\Asian Antiques\Japan\Prints". The seller is "lianart-0" and is located in this country: US. This item can be shipped to United States.